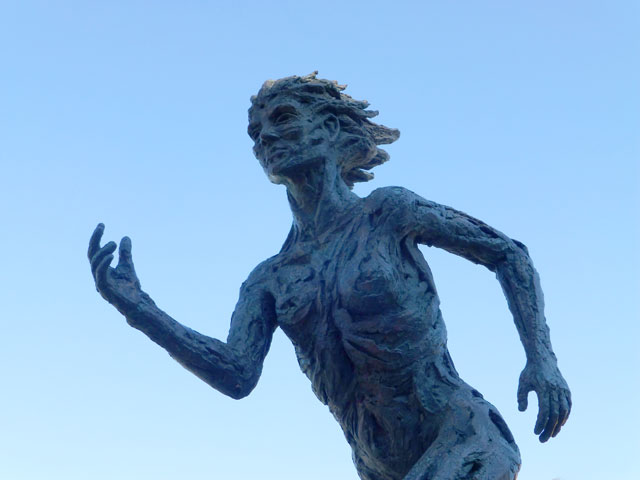 Many who have lived on or visited the Nullarbor have heard the tales and stories surrounding the mystery and legend of the Nullarbor Nymph. She is said to be a semi naked woman who had been spotted living amongst kangaroos in the Nullarbor Plain, and the stories spread about her were the subject of much talk and interest until her existence became something of a legend.

The first sighting of the Nullarbor Nymh was on the 26th of December in 1971 in which professional kangaroo shooters reported seeing the half naked woman amongst several kangaroos from Western Australia in Eucla, near South Australia’s border. What they saw was described as a white, blond woman and they captured a blurry image of her in amateur film. The picture they captured of her showed a woman donned in kangaroo skins as she held onto a kangaroo by its tail. 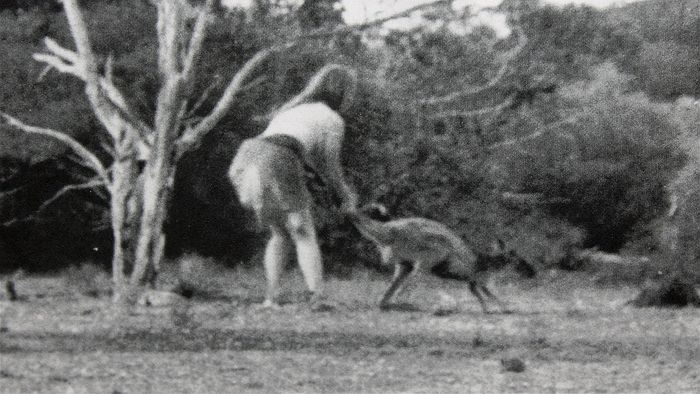 This first sighting of the woman, who then quickly came to be known as the Nullarbor Nymph, led to many other people reporting sightings of her. The tales of her existence quickly circled the globe and she became worldwide news. Journalists traveled to the small town of Eucla as the story gained more attention. Eucla was a town so small that it had only a population of 8 people during the time that this story was capturing worldwide attention. Everyone wanted to know more about the mysterious woman who was said to be running wild among the kangaroos, a mysterious beauty with a feral lifestyle. Many tales and stories were told about her, which eventually came to attain nearly legendary status.

The story of the Nullarbor Nymph had influence on many media platforms. It led to the creation of statues in her honor, as well as a low budget film that received extremely positive reviews. The myth was referred to in an installation in the Australian National Gallery, and a dissertation was also written about the Nullarbor Nymph legend.

The buzz surrounding the Nullarbor Nymph, however, eventually had to come to an end. The whole story was admitted in 1972, the year following the initial sighting, to be a complete hoax. It was performed as a publicity stunt, with women posing with the kangaroos to perpetuate the myth of the Nullarbor Nymph. The woman in the initial image of the first ever sighting of the mysterious woman was named Geneice Brooke. She was the partner of Laurie Scott, who was one of the professional kangaroo shooters in on the hoax from the beginning.

Whether or not the story is true, it still garnered a lot of attention and interest from the general public and it comes with an interesting history that had an influential impact in art and film. Nullarbor is where the whole thing started, and it is quite and experience to be able to visit and explore the area where the myth and legend of the Nullarbor Nymph all began. People still tell stories about her adventures to this day, in Nullarbor, where it all started.