The Murrawijinie Caves – A Nullarbor Attraction for Adventurers 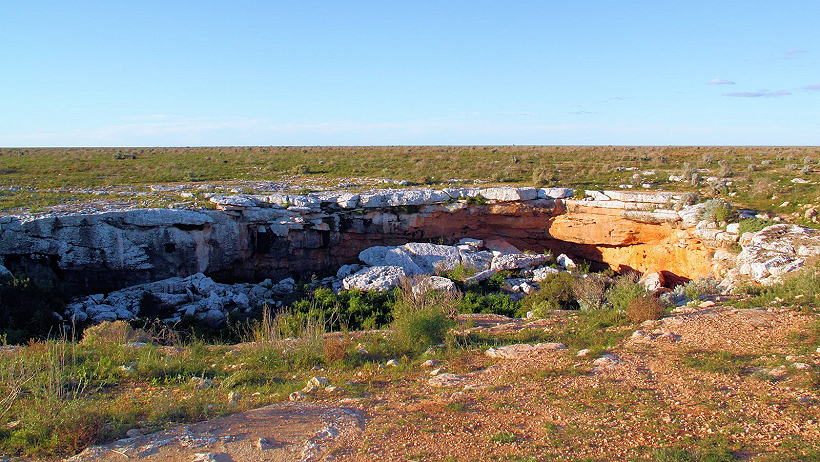 In search of an adventure that is both classy and intense? Don’t be afraid to step out of the light and into the caves – the Murrawijinie Caves just might be the perfect destination for you!
The first of three caves, the Tommy Grahams, can be found a little over 10 km of rough road away from the nearest accommodation spots. Seasoned explorers from all over are calling the Tommy Grahams – and the Murrawijinie Caves themselves – “world-class,” and with good reason: In addition to being relatively easy to trek, the Murrawijinie Caves hold some truly amazing artifacts within its cavern walls.
In many ways, taking a step into the caves is akin to going back in time. For starters, the cave is decorated with ochre hand stencils from the aborigines that once called the area their habitat. These ancient artworks provide great insights into the life of the land thousands of years ago, and play an important role in the rituals and activities of the indigenous groups in the area. So great was the cultural impact of these scribbles from long ago that the caves were actually named after them!
That’s certainly not where the crash course on prehistory ends, though. The marvelous depths of these caves house the complete skeleton of Thylacoleo carnifex, an extinct marsupial lion that once held the title of “largest mammalian predator in Western Australia.” The ferocious beasts once stood at 1.5 m from head to tail, and even possessed the ability to sit up like a kangaroo.
Further adding wonder to the caves are some stunning limestone and rock formations, impressive hawk and swallow nesting sites, and some of the world’s clearest pools.
Please note: If you are interested in exploring the caves or “caving”, then you must make contact with the National Parks office, or an accredited caving organisation.
At the first cave’s doline, you are greeted by temperatures 10 degrees cooler than above ground. Further into the cave is a metre-wide restriction you’ll have to crawl through in order to access an underground dive spot – one that Lonely Planet lists as even better than the Great Barrier Reef. Talk about the adventure of a lifetime. And that’s just one cave!
The second cave is relatively more comfortable. With its steady 10-metre ladder climb to the floor, a downhill walk to a lake, and many passages to explore, explorers opt to stay the night within the recesses of the Murra El Elevyn.
The third cave is home to Australia’s longest underwater passage, which runs along the biggest slab of limestone on Earth. The Cocklebiddy is also where you can find a collapse called “The Rockpile”, a visual treat after a 750-metre swim across the second lake. Definitely the best way to cap off the perfect cave trek adventure!
Before embarking on this journey, though, expect to get your car scratched and dirtied. On rainy days, you may even need a 4×4 vehicle. Furthermore, while these caves are marked by signposts, having an experienced guide with you is still the best way to go.
True to the wild nature of the trip, you will come across some of the interesting kinds of fauna that populate the area, such as pythons, snakes and dingos. However, it wouldn’t hurt to take precautionary measures – bring your handy pepper spray or even a protective stick, and try avoiding them on sight.
Additionally, the air chambers in the first cave have high carbon dioxide levels; your regulator will come in handy as you explore the place at a slow pace. Torches to illuminate pitch-dark caverns and a ladder and abseiling equipment can make negotiating slopes much easier. Your snorkelers can also help you better enjoy the underground lakes.
One more thing – Don’t forget to pack the most important item for your Murrawijinie Caves trip: Your sense of adventure!
Feel free to contact Nullarbor Roadhouse! It’ll be our pleasure to advise you on safety measures, map directions and general information to help you enjoy your Nullarbor experience.